Citywide Insurance is a locally owned and operated, experienced Insurance and Real Estate practice that has been around the local area since 1995.  Our experienced agents are all local who live, worship, and are raising their families here.

September also brings about a day in which we will never forget.  The attack against the United States.  On September 11, 2001, 19 militants associated with the Islamic extremist group al Qaeda hijacked four airplanes and carried out suicide attacks against targets in the US. Two of the planes were flown into the twin towers of the World Trade Center in New York, a third plane hit the Pentagon just outside of Washington, DC and the fourth place crashed into a field in Shanksville, PA.  Approximately 3000 people were killed during this attack, which triggered US initiative to combat terrorism.  People everywhere were watching in horror as every radio and tv station broadcast live the aftermath of each attack.  Most people I know can tell me exactly where they were and what they were doing at the time of the attack too. The terror of this day remains intact in most people.

Who were these hijackers and why did they attack us? They were Islamic terrorists from Saudi Arabia and several other Arab nations. Supposedly financed by the al Qaeda terrorist organization of Osama bin Laden, they were allegedly acting in retaliation for America’s support of Israel, its involvement in the Persian Gulf War and its continued military presence in the Middle East.

How did America respond to these attacks?  Operations Enduring Freedom began on October 7.  This American-led international efforts were to oust the Taliban regime in Afghanistan and destroy Osama bin Laden’s terrorist network based there. Within two months, US forces had removed the Taliban from operational power, but the war continued as US and coalition forces attempted to defeat a Taliban insurgency campaign based in Pakistan.  Osama bin Laden was finally tracked down and killed by US forces at a hideout in Pakistan. The Department of Homeland Security Homeland Act was then signed into law on November 25, 2002. The Department of Homeland Security is a cabinet responsible for preventing terror attacks, border security, immigration and customs, and disaster relief and preventions.

This attack stirred emotions is a lot of Americans.  It stirred us at Citywide Insurance.  We became more aware of our surroundings.  We became more patriotic and loved our county even more. We believe it even brought the American people together.

Citywide Insurance wants you to know a few things.

Every year, on Sept. 11th, US flags should be flown at half-mast- both on US soil and abroad.

A moment of silence is held at 8:46am EST 9/11 across the nation commemorating the time the first plane struck the north tower of the world trade center.

The National Sept. 11 Memorial and Museum takes up over half of the destroyed WTC site.  It contains bronze parapets inscribed with the names of those killed on 9/11 along with the 1983 WTC attack.

Cleaning up Ground Zero (as the WTC was renamed) took 8 months and 19 days, completed in May 2002.

In summary, let’s all take this time to enjoy all if the beautiful things happening in September, and take the time to reflect on that tragic day and honor those who sacrificed that horrible day.

And remember us at Citywide Insurance when you are in need of most types of Insurance.  We are here to help to get the best policy for the best price 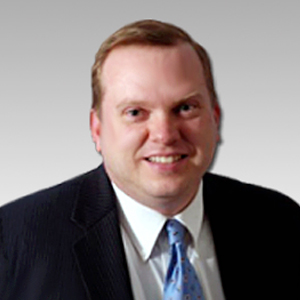